Skip to content
Nantong was a bus ride and a short flight from the previous week in Qinhuangdao and was played at the Yangtze River Golf Club which sits on a island in the Yangtze River delta just north of Shanghai.  The course was back to a more traditional resort style and presented in excellent condition.
The first round of the event would turn out to be the highlight of the week for me, shooting a very pleasing 4 under par and get the week off to a good start.  Unfortunately this trend would not continue as I shot back to back rounds of 2 over 74 in rounds 2 and 3.
Round 4 was looking as though it would not be played with heavy rain forecast all of Sunday.  This was concerning as my flight back to the USA was due to depart at 8pm from Shanghai later that night.  I was 2nd group out at 7:11am and we managed to get 5 holes in in what can only be described as a windy deluge, getting totally soaked head to toe before we were pulled off the course due to unplayable conditions.  The next few hours were spent drying off everything and assuming that the day would be called off as the rain worsened.  Around lunchtime the rain lightened up a little and we managed to get back out and by some miracle managed to finish the round.  I ended up shooting a disappointing 6 over 78, though I had unfortunately lost 5 shots in the first stint of playing in the deluge, so all in all it was hard to be too disappointed.  At this stage I was just happy to having a couple of weeks off before the next big run of events.
My next event will be the Suzhou Open in a couple of weeks time in Suzhou, China starting on the 13th of June. 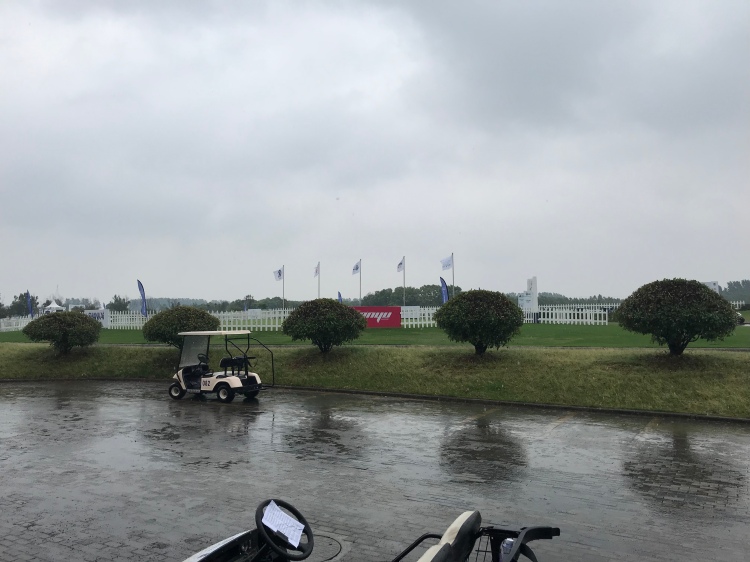