After spending a good week at home after the Vic Open and nursing a couple of niggling injuries, I was back on the plane and up to Guangzhou, China for the Qualifying tournament for the PGA Tour China Series that is a 3rd level pathway to the PGA Tour.  PGA Tour China is a similar tertiary tour like the Mackenzie Tour in Canada and the PGA Tour Latinoamerica in South America.
The course I played for the tournament was the Guangzhou Foison Golf Club in the area of Huadu just west of the major Guangzhou airport.  The course was presented in excellent condition with some of the best paspalum greens I have had the opportunity to putt on.  As a single stage qualifying tournament, there was not a lot of wiggle room amongst the field of 120 players.  From those 120, there would only be 12 Full cards that receive guaranteed starts into the first 6 events as well as further conditional cards from places 13-35.
Throughout the week we were hit with all versions of inclement weather from humidity, to cold temperatures with rain and wind.  Add to that the extremely narrow tee shots from many of the holes at the Dye course at Foison, it made for a mentally challenging week.
I played steady the first two rounds with scores of 69 and 70 to be at -1 for the tournament and in a reasonable position.  We started the 3rd round in a torrential downpour and wind but despite that I played smart and solid and was -2 for the round through 11 holes before being delayed due to dangerous conditions.  Upon the restart later in the afternoon, I made a poor bogey on my 12th hole and par’d the next hole before running out of light.  Coming back the next morning we were presented with extremely cold and windy conditions whereby I struggled coming home, eventually signing for a 3 over par 73, leaving my +2 for the event.
I knew coming out in the last round I would need to play solid to ensure I finished in the top 35 but if I could put a nice round together the top 12 was well within my sights.  I went out and did exactly that, hitting a lot of fairways and greens and some reasonable putting, found myself 4 under through 14 holes.  I did have some unfortunate luck coming in and ended up shooting 2 under par 70 but it was good enough for a tie for 15th.  This means I missed out on a ‘full card’, though I am still confident of getting in 3-4 of the first 6 events before the tour does a re-rank after the first half of the year.  As they say, good golf solves all problems.
My next event from here will be the SEC NZ PGA Championship in Christchurch, New Zealand March 7-10. 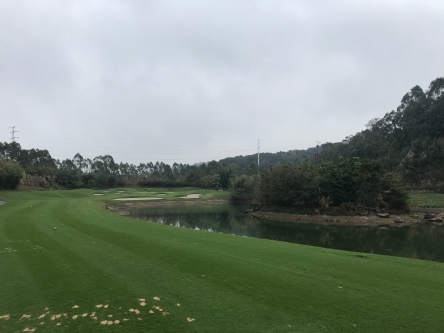 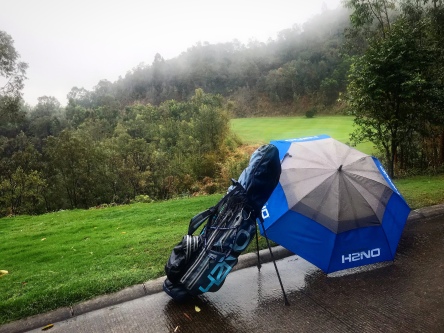