Skip to content
Firstly, apologies for not keeping my blog up to date these past few weeks.  It has been a gruelling end to the season, playing 8 of my last 9 weeks.  I have uploaded all my event posts now onto my site, so feel free to check them out.
Finally, it comes to my 29th and final event of what has been a long year filled with lots of good and possibly more bad than I would like.  On this last point, I think that will always be the case in this game as we are all constantly looking for 1 more shot here or there.  The Australian PGA Championships certainly summed all of this up in 1 week.
The tournament is co-sanctioned with the European Tour and played at RACV Royal Pines Golf Club on the Gold Coast.
The course was presented in excellent condition and had an amazing atmosphere surrounding the event.  As one of our bigger events of the year and following back to back missed cuts in Sydney, I was determined to play well and finish the year on a high note.  I started with an extremely solid 2 under par which included a double bogey on my 17th hole but bounced back really well with a birdie on the last.
Round 2 was filled with a little more drama as the wind got up and the greens became extremely tricky late in the day as I was 3rd last group on Friday afternoon.  After some early misjudgements, I found myself 3 over par through 12 holes and outside of the projected cut line.  The final 6 holes of the round I played extremely well narrowly missing birdies on 4, 5, 6, 7 and 8 meaning I had to birdie my last hole to make the cut.  After driving it into the fairway bunker I attempted to hit the green in two but caught my 2nd shot heavy and left myself a very difficult up and down from 38 metres to a tucked left flag.  I hit a great pitch shot to around 5 feet and nailed the birdie putt.  After missing multiple cuts by 1 shot this year, It was very satisfying to at the very least not finish the year on that note.
Playing in the 2nd group at 6:38 on Saturday morning, I was treated to perfect conditions and smooth greens.  I played really solid to shoot 3 under par with several other chances that narrowly missed.  This left my in a tie for 20th after 3 rounds which set up a final round playing with Andrew ‘Beef’ Johnston.
The final round was a lot of fun as we had a good day playing together with quite a big crowd following us all the way around.  Unfortunately my game wasn’t exactly where I would have liked and the ‘golfing gods’ didn’t seem to be smiling on me either.  We played in very strong winds which made the day quite challenging.  I was quite disappointed to finish the year that way but nothing that will stop me pursuing my goals for next year.
Now for some well earned time off before the season gets started in the 2nd half of January 2019. 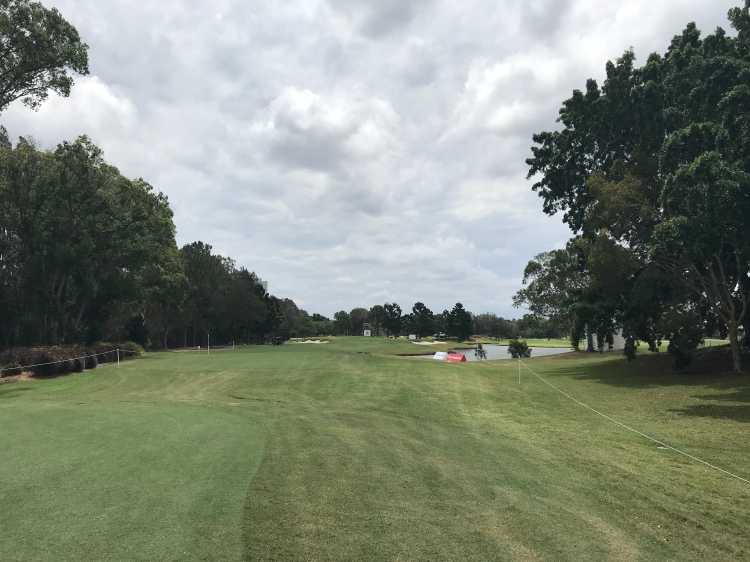